A LIL BIT MORE ABOUT CELESTE

Her previous project and debut single “Country Swagger” from her album You & Me, charted on the iTunes Country Chart and Music Row chart taking the singer’s career to new heights.

From songwriting to singing to acting, Celeste Kellogg has proven she can hold her own among the most seasoned artists. Her songwriting abilities accelerated her desire to pursue music.

Growing up in a small town in Hampton Roads, Virginia, the area is known for their representations of all the military branches. It is not uncommon to be looking at cotton fields while watching fighter jets fly overhead.

These diverse influences shaped her path in music and served as a foundation as she honed her skills as an artist and styled her own sound.  She found her voice at an early age. Performing for family, friends, in church and school choir, Celeste was transformed by the way her singing moved the audience.

When not working on her music career, Celeste spends time with her “Don’t Fuel Their Fire” (DFTF) program, a school program where she talks to students about bullying. To-date Celeste has spoken to over 95,000 students. After one of her talks, she received a phone call from one of the organizers who informed her “a student had come forward and asked for help because they had been  considering suicide.”

It filled her heart to know she may have been the first step in getting them help and preventing a suicide. She was grateful, “I love when my voice gives me a voice.”

After all, it keeps her grounded and reminds her of challenges she overcame in high school to pursue her own dream — singing. 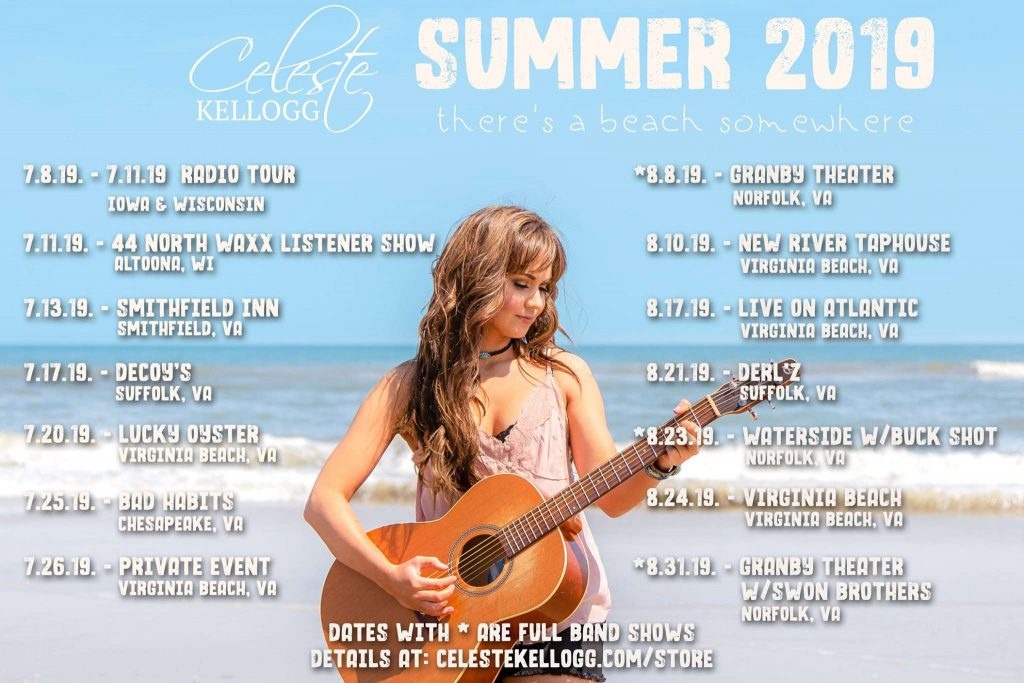 On the heels of “Country Swagger,” the singer/songwriter is set to release her summer single to radio titled “There’s A Beach Somewhere” from album Keep It On Repeat due out in the fall. The song is co-written by Celeste and CCMA Songwriter of the Year Aaron Goodvin. The two met at a venue they were both performing and agreed to write together.

When Aaron asked Celeste, “What do you want to write about?”

He returned the smile and replied, “I think we have our title.”

Keep an eye out for our Kiss Country Crew this Harvest Season – we’ll be delivering snacks right to you in the field – if we miss you, give us a shout and let […]