WHERE: The Surf Ballroom

HOW: Get tickets starting on April 23rd at 8am at www.surfballroom.com 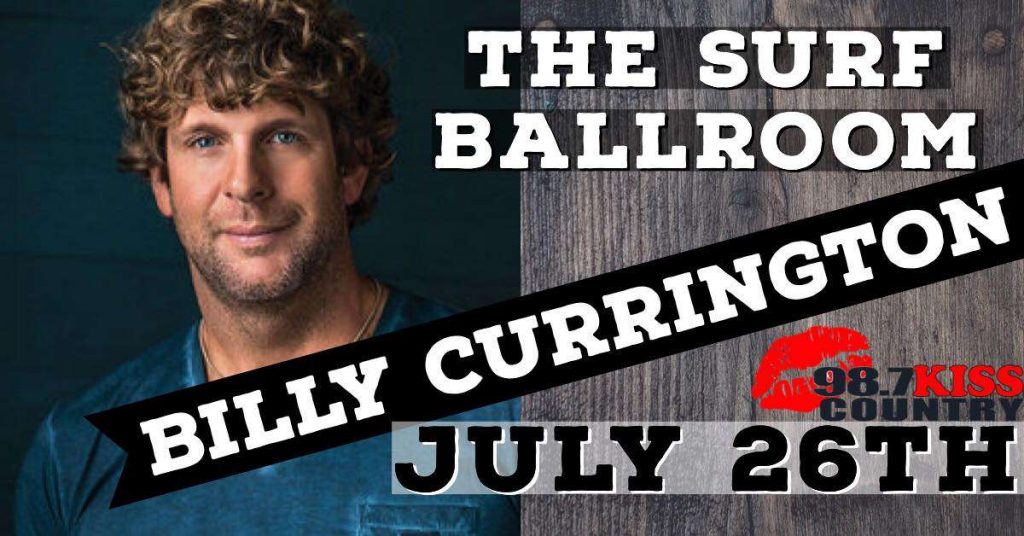 Billy Currington has come a long way from working construction and living in a tiny attic apartment during his early days in Nashville. In the decade since he made his debut with the top ten hit “Walk a Little Straighter,” the Georgia native has parlayed his rich, emotion-laden tenor and unerring song sense into some of the country format’s most memorable hits, including such No. 1s as “Good Directions,” “Must Be Doin’ Something Right” and “People Are Crazy.”

Currington’s songs have always been snapshots of life. His music is steeped in truth and possesses a relatability that makes his audience feel like they could drink a beer or catch a few fish with the curly-haired country boy. Currington has that heartfelt everyman quality that lends emotional weight to whatever he’s singing whether it’s a tender ballad or a rollicking party anthem. He demonstrates his ability to render both those scenarios and all points between on his fifth studio album We Are Tonight.

Led by the fast-climbing single “Hey Girl,” We Are Tonight is filled with songs that evoke both wistful reflection and boisterous revelry with equal conviction. Throughout the collection, Currington exudes the easy going charm that has become his trademark yet also possesses a maturity and confidence that comes from a decade of churning out hits and earning accolades. He won the “Hottest Video of the Year” honor at the fan-voted CMT Music Awards for “Must Be Doin’ Somethin’ Right” in 2006, the same year he received an ACM nod for Top New Male Vocalist. His hit duet with Shania Twain, “Party For Two,” earned nominations from both the CMA and ACM, and “People Are Crazy” proved to be a career-defining hit that earned Grammy nominations for Male Country Vocal Performance and Best Country Song in addition to being nominated for Single and Song of the Year from the Academy of Country Music, as well as Single, Song and Video of the Year from the Country Music Association.

Tyler Farr with special guest Ross Ellis coming to the Surf Ballroom on Saturday, March 7th! Tickets go on sale Friday, January 17th at 8am at www.surfballroom.com or by phone at 641-357-6151. Tickets are $25 […]

Get the app, route and hotel listings here!